Is “Lean Automation” an Oxymoron?

Having recently completed reading the book Lean Thinking (Womack & Jones), I’ve been puzzling over the apparent contrast between Lean principles and the idea of Automation.  In the book, the authors go to great lengths to emphasize that manual operations are often preferable to automated operations.  So does this mean that automation is bad (or at least, inherently un-lean)?  The issue came up again today, along with a glimpse at a solution: 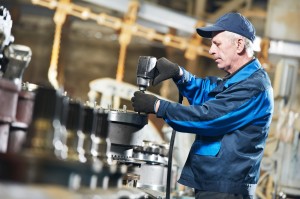 This afternoon I was having lunch with a friend of mine who happens to be responsible for plant automation at about a half dozen manufacturing facilities.  He was relating to me his experience this morning at one of the plants:  The maintenance staff was having trouble getting a motor to stay running.  When they pressed the go button, the motor would run for two seconds and then stop.  They were at a loss for what to do, so they called him in to help figure it out.  On his arrival, they jointly determined that the issue was due to the way the PLC was configured to handle a drive fault, which had occurred.

What’s interesting is this:  He suggested a modification to the PLC program that would solve the problem, but the plant staff was uncomfortable making the change.  They asked him to make the change for them (which, by the way, involved flashing a light to alert the operator of the condition).  Among the plant staff, there was a general lack of confidence regarding modifications to PLC ladder logic.

He then related to me a contrasting experience at a different plant, where the responsible person had learned, over time, to appreciate the relationship between the process and the software.  As a result, he has been able to improve production in a number of ways by making relatively minor modifications to PLC logic. 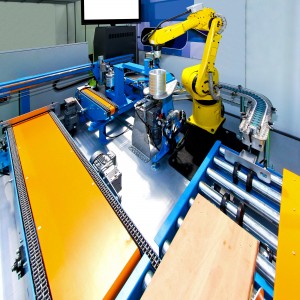 These two contrasting scenarios remind me of an idiom that a different friend of mine came up with:  Whether automation systems help or hinder production depends largely on the people tasked with maintaining and operating them.  Ultimately, it’s all about people:  Automation systems are a tool that properly trained people can use to improve production.  For people who are not comfortable with them, they are frequently a hindrance.

So what do these situations tell us about the relationship between Lean and Automation?  First, if there’s no one available who is comfortable working on the system and something goes wrong, production is in trouble.  The plant is at the mercy of the PLC.  This is a bad situation, and one that I believe causes many manufacturing facilities to avoid automation when possible.  It’s certainly not Lean:  Not only is the plant not running, but now we have an entire facility full of talented people with their hands in their pockets.  One of the major advantages of Lean is that it gives an operation the ability to adapt to upsets and unexpected scenarios, because people are always involved.

On the other hand, Lean prescribes using the talents and capabilities of each individual to the maximum possible extent.  I believe that automation hardware and software such as PLCs can be a fantastic tool to do just that, as my friend had observed in the second situation.  A talented individual can identify opportunities for improvement and implement the solution in a way that is precisely repeatable ad-infinitum.  If something goes wrong, or if the situation changes, he or she will also be able to quickly identify and remedy the issue using the tools and training at his or her disposal.

My conclusion: Like so many other tools, automation equipment can be a great help to a lean operation if deployed and managed properly.  On the other hand, if automation is implemented simply as a method for reducing head-count in a bid to reduce per-unit costs, the results are likely to be disappointing.