A while back I attended a two day long PID loop tuning class. My initial thought was this: How can this class take 2 days of time? Of course, once I got into the class I realized there was a lot more to tuning a PID loop then I originally thought. Here are some the main takeaways.  Hopefully you can get some value from them too:

Let’s take a deeper look into each of these areas. 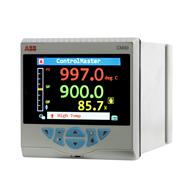 The first two items go hand in hand. If a person has not been educated on tuning loops using a controlled test and mathematical formula, then the temptation is to resort to trial and error. This method consists of places values in the PID loop, changing the set point and then observing how the process responds. This procedure is repeated over and over until the desired results are found. The issue with this approach is that it takes time for the process to respond to changes and could result in days (or weeks if the process changes very slowly) of required downtime to perform these tests. Not only is production stopped during this time but the person(s) performing the tests is solely focused on this when they could be working on other productive things. This approach would be virtually impossible for a process that takes several days to respond to a set point change. In most cases, production simply can’t be stopped for that length of time. Contrary to this, if tuning the loop made a significant enough impact on production, then a single controlled test would most likely be possible. With the right test results, PID loop settings can be calculated and put in place to get the process to perform close to optimum. Minor adjustments can then be made with the system in production to further refine the loop.

When using mathematical formulas to derive your settings it is important that you know what the manufacturer of that PLC or PID controller is using for PID control. There are literally thousands of possible formulas that they can use for loops and this number continues to grow. If you are not familiar with which one is used in the controller you’re working on, then your changes may not have the results that you expect. Take the time to study and understand your controller and know exactly what those settings are doing. For example, Allen Bradley uses a term called Proportional Band (PB). As configured in some of their PLC’s, proportional band is NOT the gain of the PID loop but rather it is one divided by the gain (PB = 1/Gain) of the PID loop. The result is that if you want to increase the gain of the loop, you have to use a smaller proportional band setting.

Processes can vary differently from each other depending on what is being achieved. For example, take a process that controls the liquid level in a tank that is used as a buffer for filling a second tank. It may be important that the tank get filled as quickly as possible but not important that it overfills by a certain amount. In this case, some oscillation above and below set point is acceptable as long as the tank fills as quickly as possible. In contrast, if we have a process that is measuring temperature in a tank and going over the setup point will damage the product in some way, then we need to tune the loop to have no oscillation and come up to setup slowly. Because of these differences in processes, it’s important that we know what the process is trying to accomplish and where the normal range is for that process. Understanding this, we can maximize our performance from the start and minimize any issues.

When working on a PID loop, it can be helpful to remember what the acronym stands for: Each character is an abbreviation for a component of the control loop. P stands for Proportional, I stands for Integral, and D stands for Derivative. The proportional component is the basic control for the loop while the other components are trying to correct ‘issues’ with the control. The proportional aspect of the loop will control a process by itself, but can cause offset from the set point. To correct this, the integral component was added, but it can cause oscillation. To correct this, the derivative component was added, but it can cause ‘thrashing’ of the output. Several other components are then available to attempt to correct this issue. All of which, just add more complexity to the loop and require tuning. The simplest solution is usually to use a PI loop and tune that loop to perform accurately within the boundaries of the process.

Feel free to contact us at (509) 893-5799 if you have any questions or would like to inquire about getting a PID loop tuned.